We use cookies. You agree to the use of cookies by continuing use this site. Read more

Chairman of the Management Board

Guntis Beļavskis has chaired AS „Citadele banka” (hereinafter – Citadele) Management Board since 1 May 2012. Before that, from 30 June 2010 until 30 April 2012, he was a Member of the Management Board.  Guntis Beļavskis  has more than 15 years of experience in the banking sector and over twenty years of experience in business operations. In 2002, Mr. Beļavskis was invited to head the sales department of Parex banka. One year later he became the Head of Sales and Marketing, and after another year he became the Head of Retail and SME services network. In December 2008, when the Latvian State took over Parex banka, Guntis Beļavskis was invited to work in the new Management Board of the bank, and after the successful split-up, he assumed the same post in Citadele. He acquired his bachelor degree in business management at the Riga Transport and Telecommunications Institute. 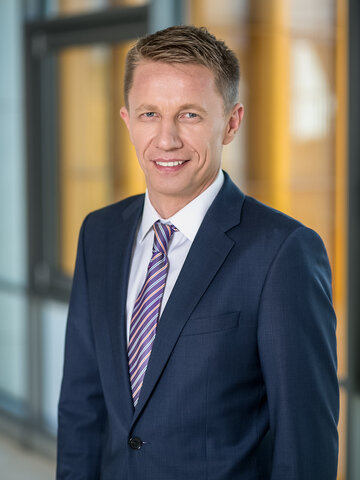