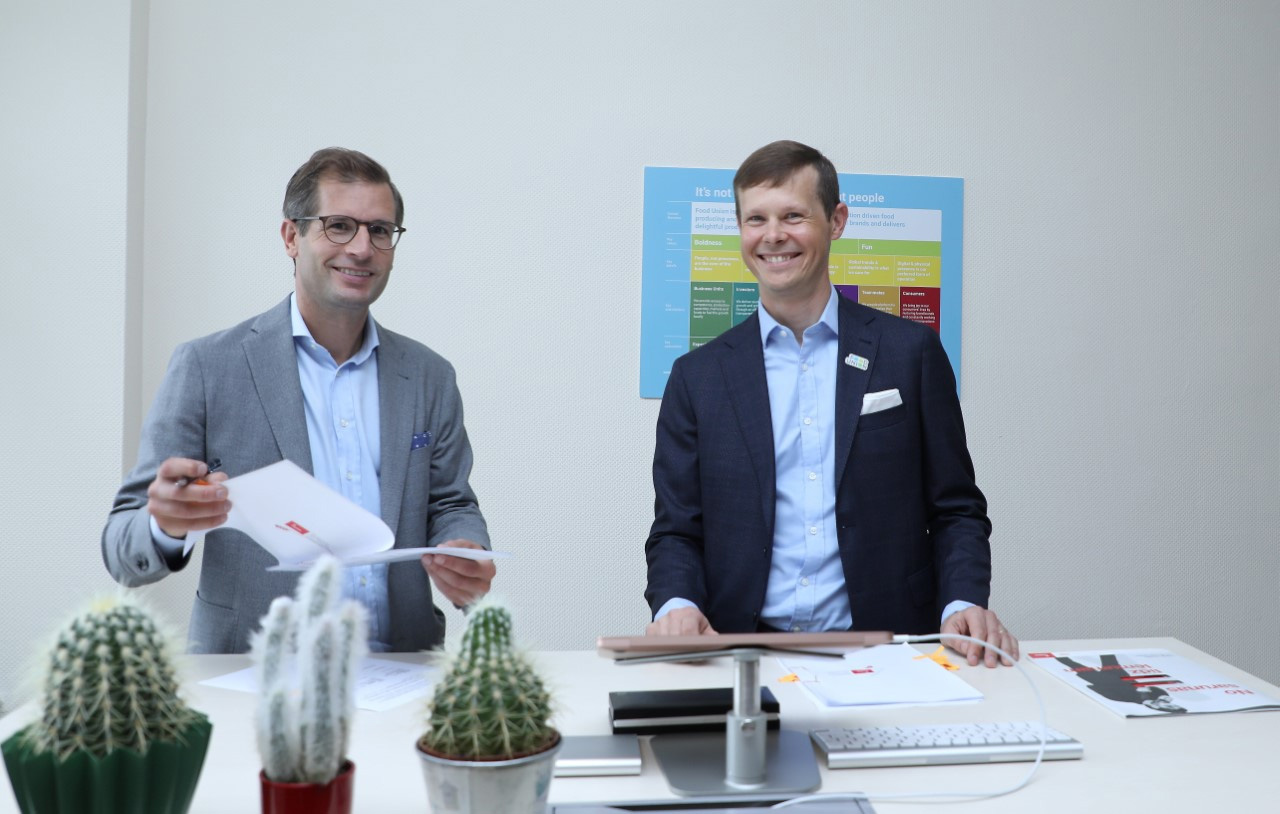 Expanding its collaboration with one of the market leaders in the manufacturing of dairy products in the Baltics, Citadele has signed an agreement with Food Union to increase factoring line of credit for its subsidiaries in the Baltics by 6.8 million Euro and the total financing to Food Union amounts to almost 15 million Euro.

“We are very happy to support the growth of Food Union group, one of the leading ice cream producers in Europe. As for Baltic bank, it is important for us to continue support local businesses, to ensure that economic activity in the region doesn’t stop and new investments continue,” emphasises Johan Akerblom, CEO at Citadele bank.

“Food manufacturing is a dynamic and extremely challenging sector in which close relationships based on mutual trust are important for achieving results. Our experience thus far with Citadele has been very successful, so expanding our partnership by increasing factoring limits for the leading ice cream manufacturers in the Baltics was a logical next step,” says Normunds Staņēvičs, CEO Europe at Food Union group.

The increase of a factoring line of credit will free up financial resources of Food Union companies to expand their operations.

The main subsidiaries of the Food Union group in the Baltics are AS Rīgas piena kombināts (Latvia), Valmieras Piens (Latvia) and SIA Premia FFL (Latvia), together taking the leading position on the Latvian ice cream and fresh dairy product markets. In Estonia, the Food Union group is represented by Estonia’s leader in the ice cream market AS Premia Tallina Kuhlmoone, while in Lithuania it is represented by AB Premia KPC, which is the second largest ice cream distributor.

Citadele’s mission is to modernise the banking sector and offer more opportunities to clients and businesses throughout the Baltics.

Alongside classic banking services, Citadele offers its clients a range of services based on next-generation financial technology, including its modern app, contactless and instant payments, and finally, being the first in the Baltics to introduce opening of an account with a selfie, payment rings and payments to mobile numbers.

Citadele is the second largest bank in Latvia by assets. The Citadele group is managed from Latvia. Its subsidiaries and branches operate in Latvia, Lithuania and Estonia.