Lithuanian basketball player – rising NBA All Star - Domantas Sabonis, who plays for the Indiana Pacers, and Citadele bank have signed a partnership agreement. Domantas Sabonis will give Citadele the right to use his name and image in the bank's communication and in advertising. The agreement also provides several other ways to promote Domantas' success and to engage most active fans in various activities. He will join current bank`s ambassadors – worldwide known athletes – NBA basketball player Kristaps Porziņģis and tennis player Aļona Ostapenko. 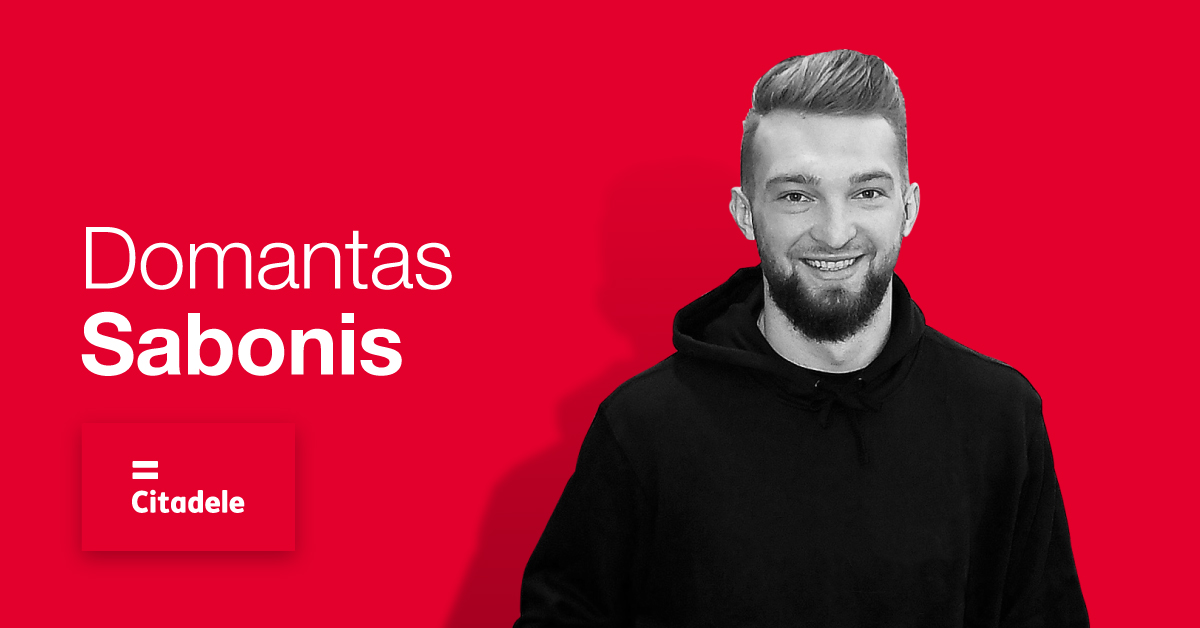 “This is my first partnership in the Baltics and I am excited that I have become an ambassador for the trend setters in Baltic financial industry - Citadele bank. We have a joint principle - we aspire for excellence in everything we do.  Although I spend most of my time abroad, my ties with Lithuania stays strong – Lithuania is my homeland, here lives my family, relatives and the most trusted fans. I also hope this partnership will give me an additional motivation to have more local presence and activities – some of which I already have planned,” says Domantas Sabonis.

"Citadele is honoured that two-time All-star Domantas Sabonis agreed to join our champions team. We have had him under our radar for a while and his impressive career development is another confirmation of Domantas strong character and talent on the basketball court. We are proud that Domantas has the values ​​that people in the Baltics embody - love of work, passion, patience and humanity. Playing in the world's most prestigious basketball league NBA, he also inspires Citadele to achieve the goal of creating a new standard in local financial services and promoting the development of the region as a whole. This is very in line with our mission and carries Lithuania's name in the world,” comments Johan Akerblom, Citadele CEO.

Within the framework of the partnership, Domantas fans will have the opportunity to get exclusive souvenirs related to basketball and Domantas Sabonis. The aim of the partnership is to give people inspiration and pride in being part of Lithuania represented by Domantas Sabonis. Citadele also plans to work with Domantas to host a basketball summer camp for young rising stars in Lithuania, as well as find an opportunity for fans to meet Domantas.

Citadele has been an active partner of various sports activities in Lithuania. For the second year in a row, the bank is the general sponsor of the Lithuanian Basketball League, as well as the title sponsor of the King Mindaugas Cup tournament. In Latvia, Citadele has supported several outdoor basketball courts of Kristaps Porziņģis, thus contributing to the development of sport in the regions.