80% of Lithuanian, 56% of Latvian and 55% of Estonian parents support their children financially even after they reach adulthood, most often helping with everyday expenses, while adult children are more likely to give their parents non-financial support, according to a survey of the Baltics by Citadele and Norstat research agency.

Among the Baltic countries, there are differences in how parents and children support each other financially.

Lithuanians give the most financial help

“We see that parents and children are caring for each other both financially and with their time and work. Although habits in each country differ, parents and children support each other. Parents are helping the younger generation both in everyday matters and financially with significant decisions like higher education and buying a house. Lithuanians excel in saving for their child’s future. Meanwhile, children are more likely to support their parents in other ways, such as financing trips together or home renovations. Most young people under the age of 24, who are not yet financially stable, state that they support their parents non-financially. However, some of those surveyed stated that they help their parents financially every month, indicating a lack of pension savings. The main takeaway is timely creation of short- and long-term savings, both for retirement and for the child's future. The higher the percentage of income is accumulated, starting from 10% and growing to the recommended 20%, the greater the peace of the future plans” explains Anna Fišere-Kaļķe, Chairman of the Board for Citadele subsidiary companies CBL Atklātais pensiju fonds and CBL Life.

The survey was undertaken in May of 2021 in collaboration with Norstat, with a total of 3,000 respondents from the Baltics. 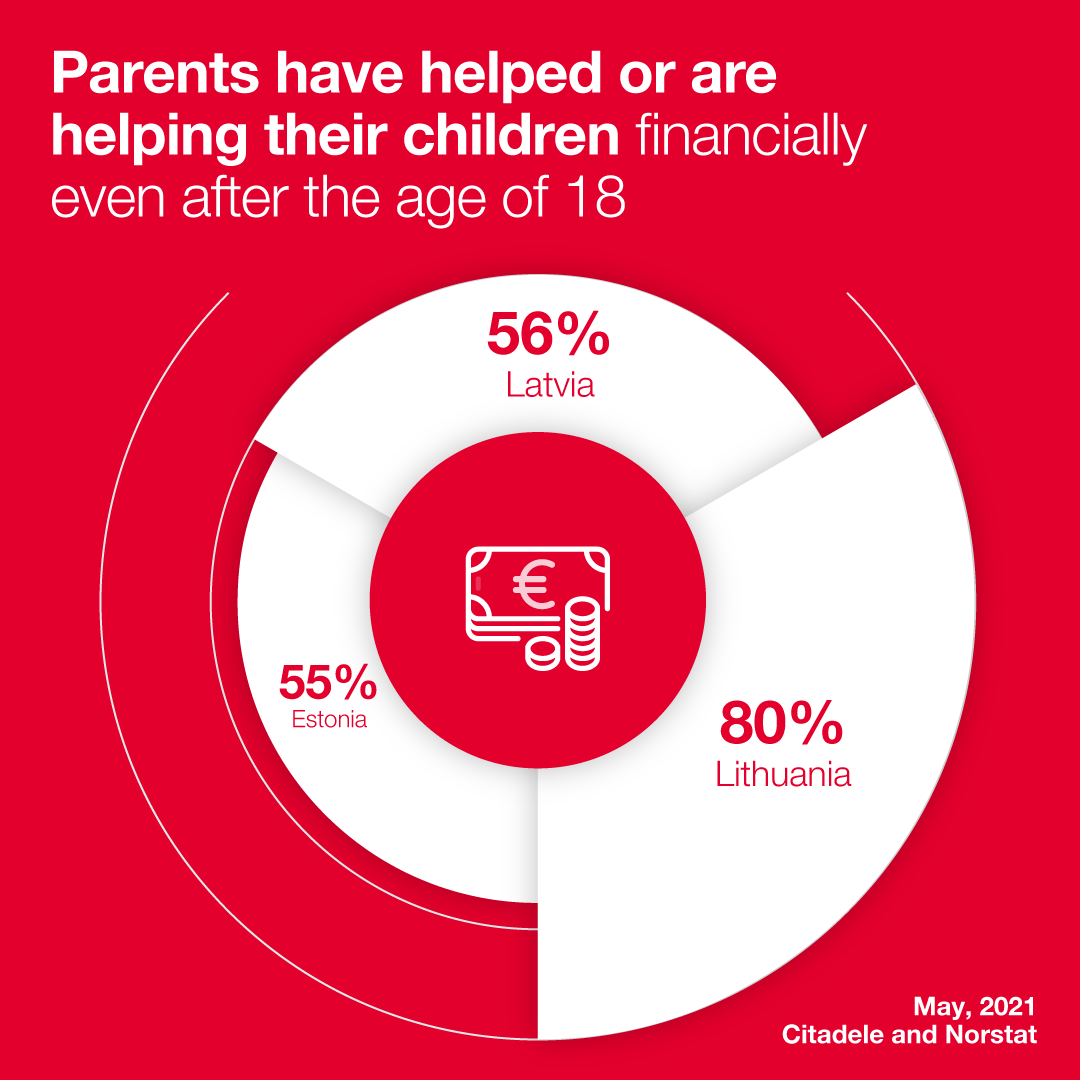 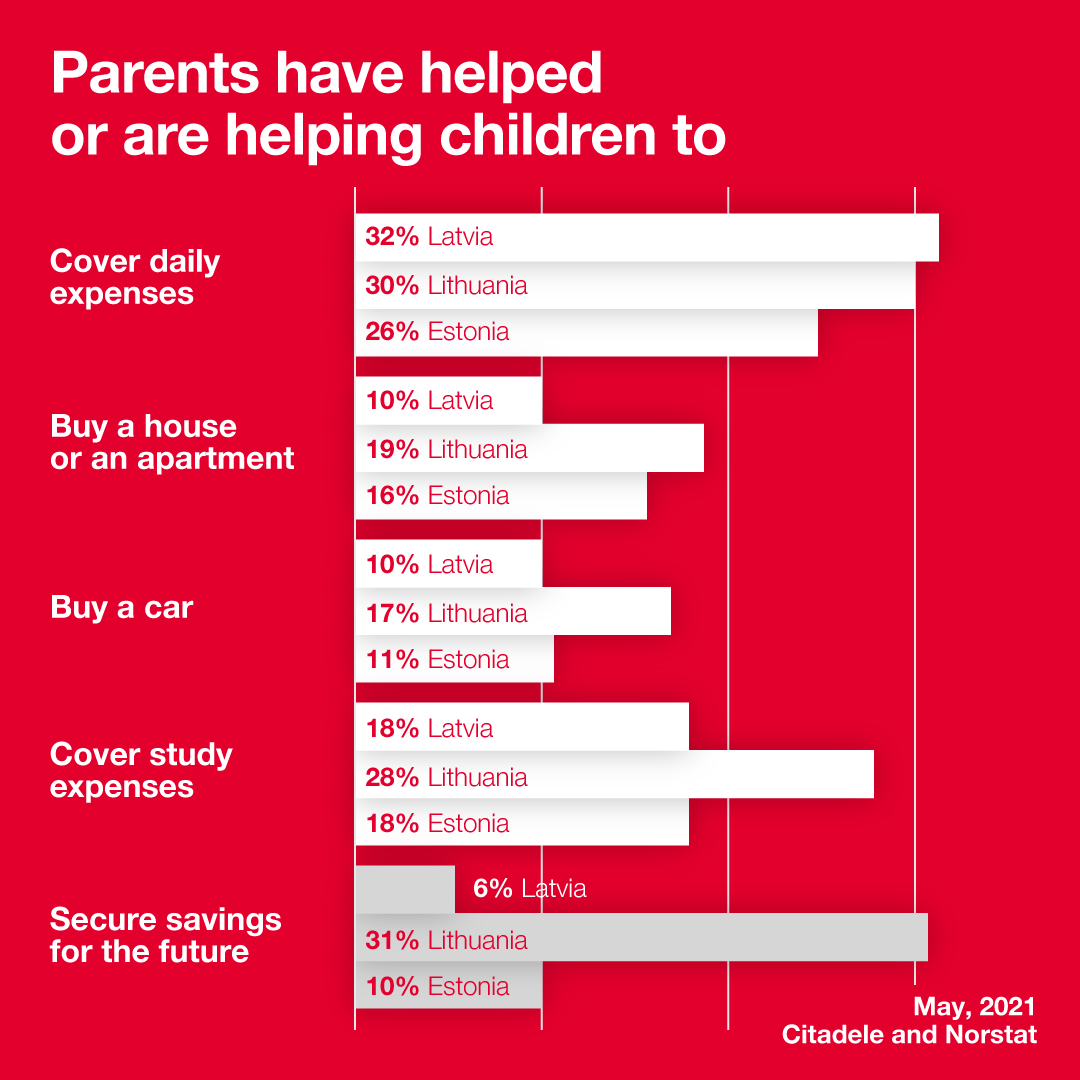 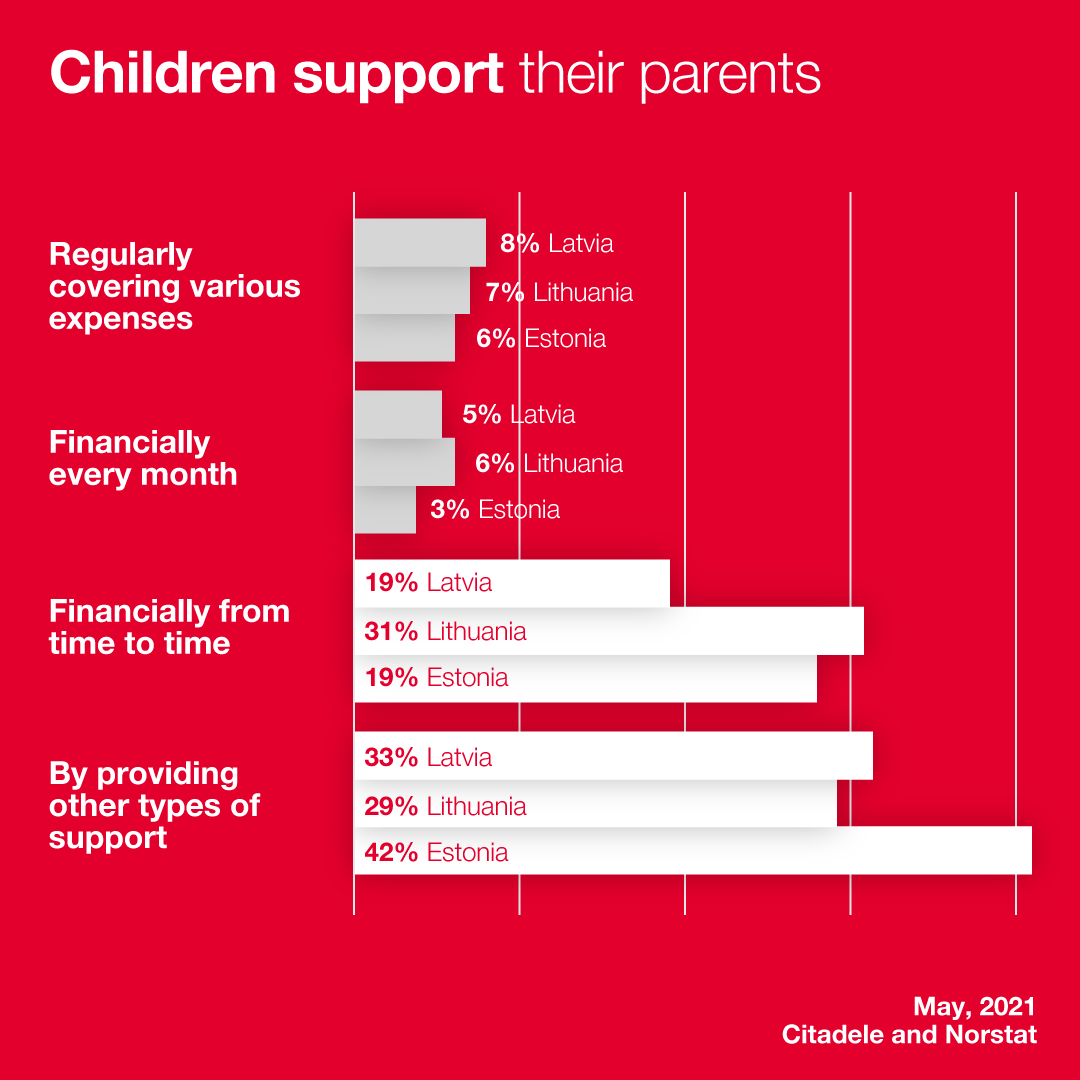